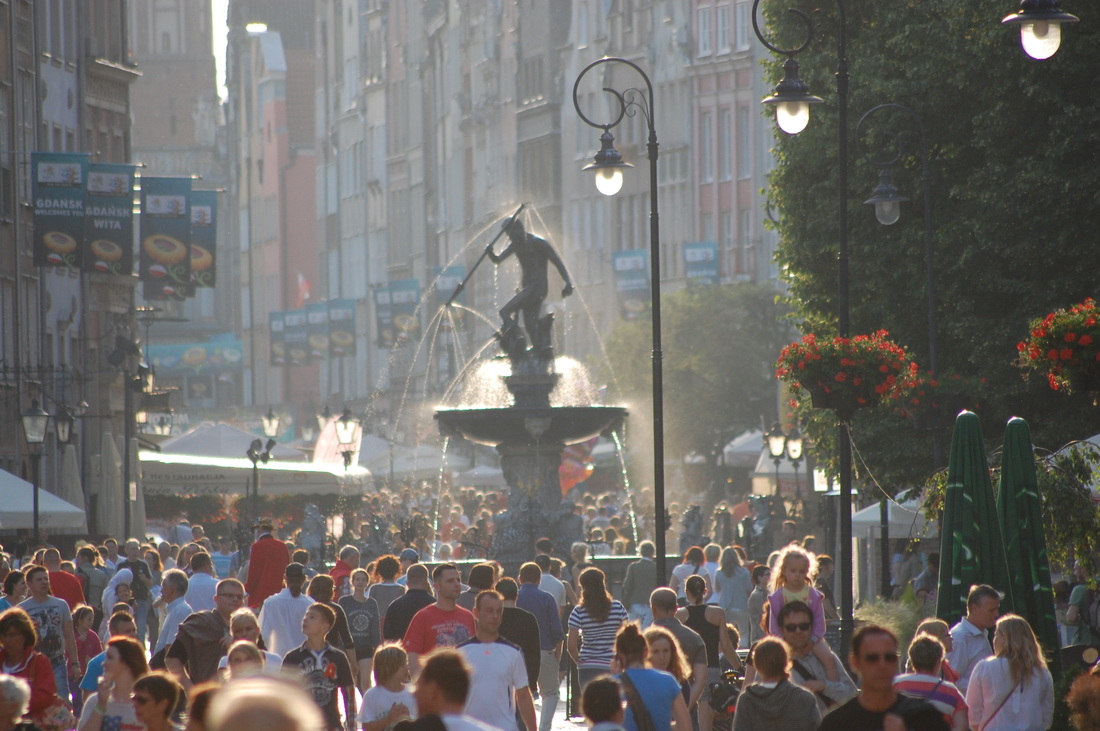 Gdańsk is on the Baltic coast of Poland and is its most important seaport.

The port for Gdansk is the city of Gdynia, where the cruise ships dock. From there one takes bus tours into the city. It is also possible to travel by train from Gdynia to Gdansk.
With a population of 455,830, Gdańsk is Northern Poland's largest city and was the birthplace of the famous Solidarity movement lead by Lech Wałęsa and thus, played an important role the collapse of Communist rule in Central Europe.

A “Must See” attraction!

The old city is beautiful. A true gem of architecture!

The A1 and S7 motorway connect Gdansk with the other city’s of Poland.
http://www.airport.gdansk.pl/passenger/arrival1/rent-a-car

The bus station is located just behind the main railway station. Buses are useful and cheap to travel to regional destinations that lack railway connections.

The main railway station is Gdańsk Glowny. The station actually operates as 2 separate stations, one for the PKP trains (intercity / long distance journeys) and another for the SKM commuter trains. Each station has separate ticket offices and platforms.
http://www.skm.pkp.pl/